If you've watched many of my videos, or read many blog posts, you'll know that I use numbers a lot.

I'm not some math wizard.

I'm using something called the Number System (or Nashville Number System). I'll often get asked what the numbers mean, and why I use them.  So today I will answer all those questions.

But before I explain it, you need to know...

This will change everything!

I'm not exaggerating when I say that learning the Number System is one of the BEST things I've learned on the piano.

It's allowed me to memorize chord progression, create my own progressions and change keys really easily.

If you play in a band or at church, you need to know the Number System.

The Number System is simple. Every note in a scale has a number, and we use those numbers to talk about chords built from those notes.

Easy, right? But not super useful -- just yet.

Chords are where the magic happens

The Number System becomes AMAZING when it's used to talk about chords. We can build a chord from ANY note in the scale (check out this lesson to learn more).

I'll show you some common chords so you can see what I mean. 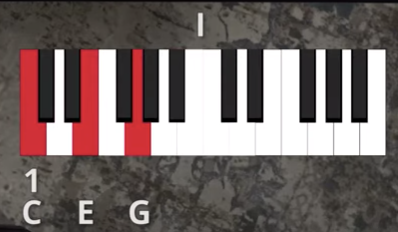 You can see it's a simple chord built on the first note, or 1.

And you can do this for EVERY number in the scale. Think about the 5 chord. What's the 5th note in the C scale? G!

So the 5 chord is just a chord built from the 5th note. In the key of C, it's a G major chord: 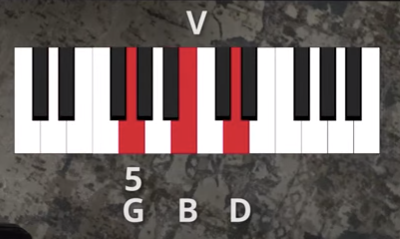 The same is true for the other chords. Here's the 6 chord, it's an A minor chord: 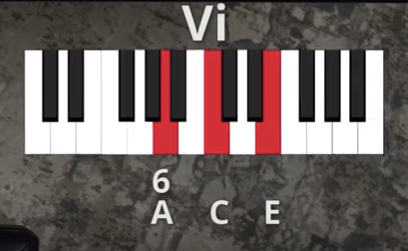 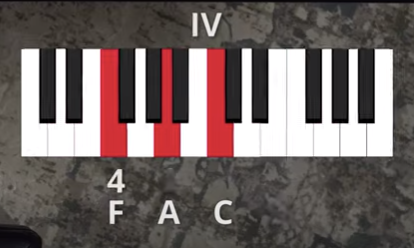 Putting them together - chord progressions

So now you know what those numbers mean, you can create a chord progression from them, in ANY key. In the key of C, we've just learned that the 1-5-6-4 chords are C major, G major, A minor, and F major.

But because the Number System can be used in any key, you could now play that same 1-5-6-4 in whatever key you choose.

Take the key of G major for example. The notes of the G major scale are G-A-B-C-D-E-F#-G.

For more on changing keys, check out this lesson.

But wait ... did you notice those weird symbols?

If you paid attention to the graphics above, you may have noticed that there are weird symbols above each chord.

Here are the Roman numerals for all the numbers up to 7 in a major scale:

As you can see, some of them are in upper case, while others are lower case. The UPPER case means a MAJOR chord, and the LOWER case means a MINOR chord (or diminished for 7).

And that -- is the Number System!

Get comfortable with the numbers in different keys, and then listen to popular songs and try to hear the chord progressions they are using.

For more on the 1-5-6-4 progression, we have another lesson here.