Understanding 7th Chords On The Piano

Seventh chords are some of my absolute favorite chords on the piano. But they never used to be. Actually, they used to confuse me so much, that I would run for the hills when I saw a 7 on a chord chart. I avoided them, and because of that, I missed out of creating some of the most BEAUTIFUL sounds you can make on a piano.

The reason I ran was that 7ths are confusing. There is no ONE version of a 7th chord. There are several different variations, and they all have different notations.

But it doesn’t have to be confusing, and it actually makes sense when you stop and think about what the notations mean.

So today I am going to teach you the most commonly used 7th variations, and how to make them. I’ll use the key of C here to keep things simple, but I’d encourage you to try these out in a bunch of different keys! 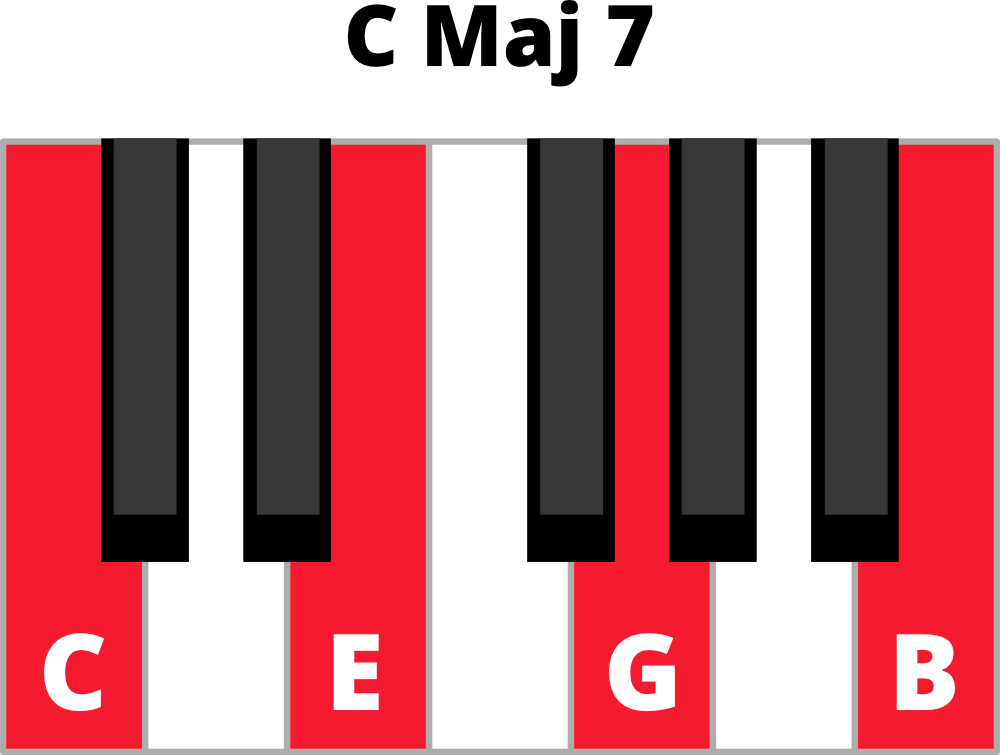 This is probably the most commonly used 7th chord in music. It’s extremely popular in blues and pop music. In fact, it’s so popular that in music notation it is just written as the number 7. This is what I found most confusing!! What is the difference between a Major 7th and a 7th? 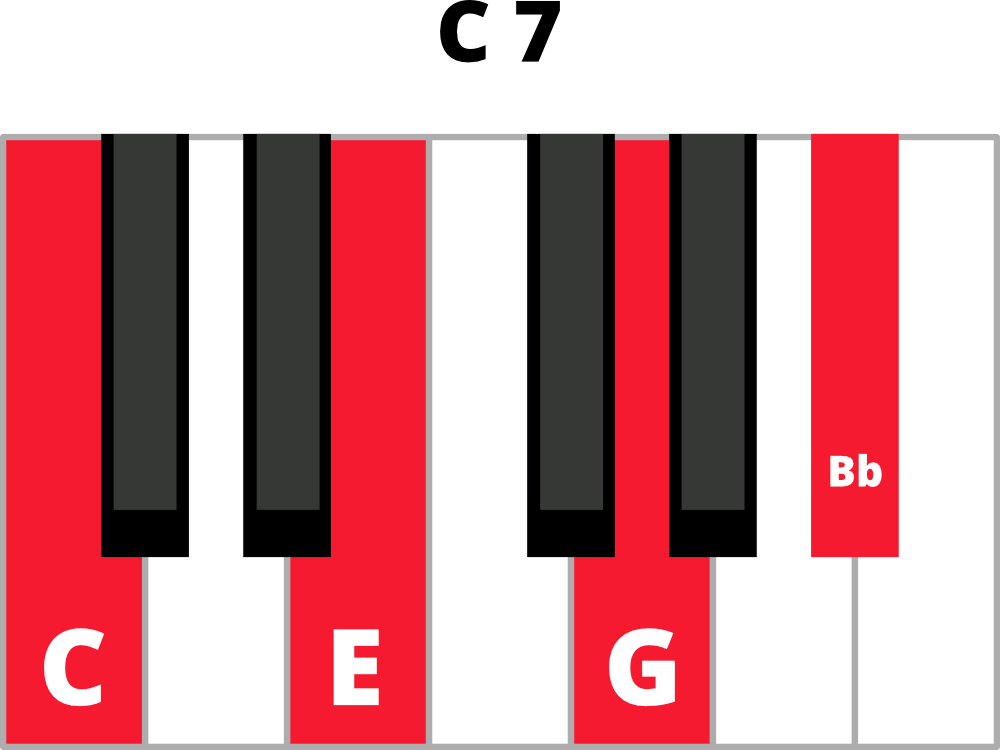 So it’s not just major chords that can have 7ths. Minor chords can have them too! And a minor 7th is the same principle as the major 7th. You just take a minor chord and then add the 7th note of the minor scale.

Keeping in C, our chord will now look like this. C-Eb-G-Bb. Eb is the minor third of C, and Bb is the 7th note of the C minor scale:

Remember earlier how I said I would run for the hills whenever I saw 7ths on a chord chart? Well, this one had me running for Mt Everest!! What the heck is a diminished 7?

It’s actually super easy to make. All it is is a stack of minor thirds on top of each other. In the key of C that looks like this. C-Eb-Gb-A: 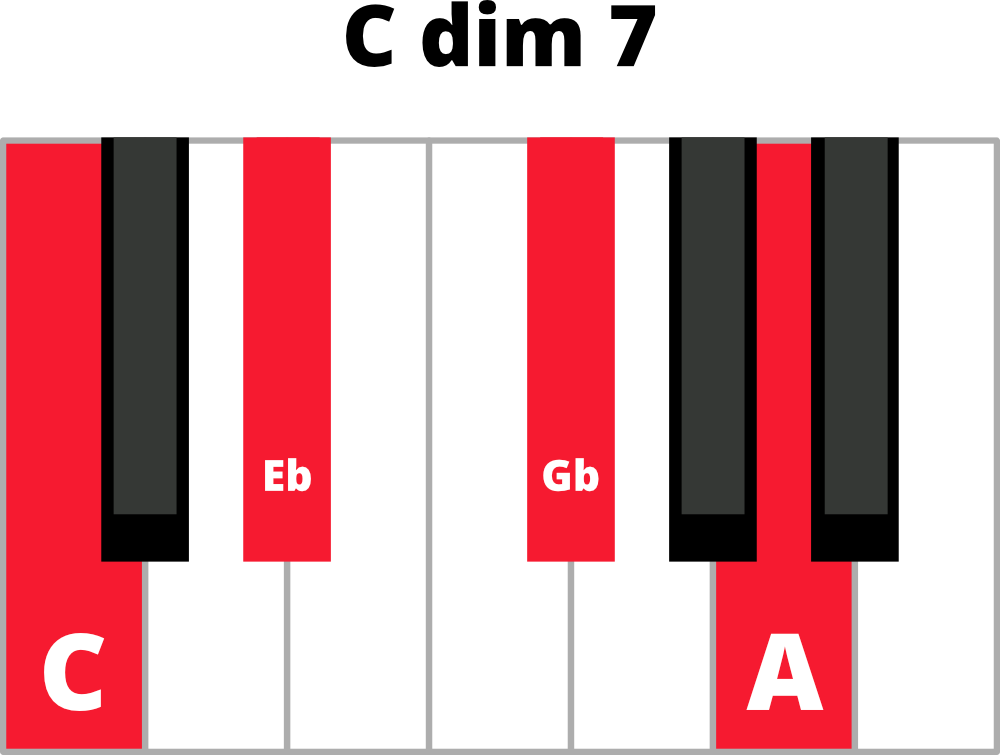 This 7th chord is awesome. It is so villainous and suspenseful!

The notation for this chord looks like some sort of secret code that would require a genius to break. But it’s even simpler than the diminished 7. To make this chord we start with a minor 7th, and then flatten the 5th note. That means we just lower the 5th note by one half-step. 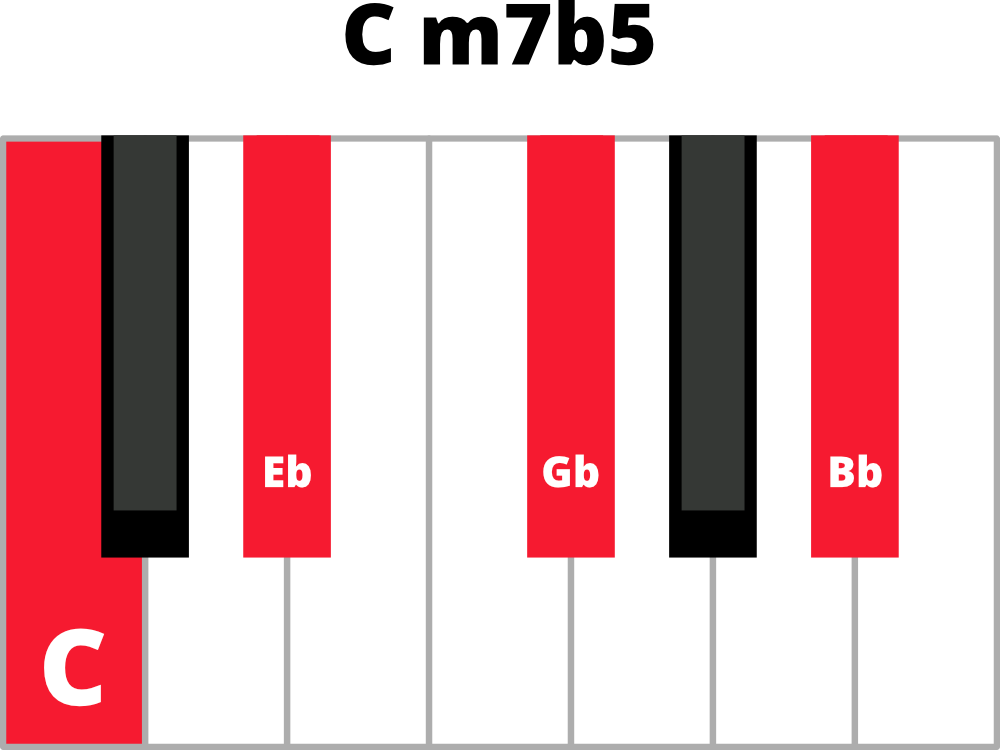 So remember the C min 7 had C-Eb-G-Bb? Well, we take that chord and then drop the 5th note (the G) by one half-step. So it becomes Gb.

And that is how we can understand what 7ths are and how they are made! Hopefully, they’re not as scary anymore. And now you know how to make them, I really encourage you to try and use them in your playing. They can really add so much texture and emotion to your playing.