I’ve even talked about it on this blog in my lesson on how to write a chord progression for every mood.

But most of the time, we seek out music to match the emotions we already have.

Today, I’m going to show you how powerful music can be in affecting your emotions (or your perception of emotions).

And it’s all because of…

You’ve probably never heard of the Kuleshov Effect before, but I bet you’ve experienced it!

It’s a film editing technique which creates a mental phenomenon where the viewer gets more meaning from two shots in a row, rather than a single shot by itself.

Here’s what I mean.

If you see a picture of someone’s face, and then another image, you’ll naturally derive meaning about what the person is feeling based on the second image.

So the picture of the man’s face is the exact same both times. But the second image causes us to come up with our own meaning about what that man is feeling.

And it’s different depending on the second image.

What does this have to do with music?

We’re going to test the Kuleshov Effect by using music (instead of an image).

To do this, Sam and I filmed a scene together, and he’s composed three different musical scores to go under the scene.

The scene is the EXACT same each time.

Only the music is different.

But when you watch it, think about how music affects emotion, and what meaning you’re picking up on because of the music.

Is it a sad scene? A romantic scene? Or an intense, dramatic, spooky scene?

What do you think?

This Effect Is Everywhere

Now that you know about the Kuleshov Effect, you might find yourself noticing it everywhere.

From movies, to TV commercials. Think about the music that’s being played, and what emotions it might be trying to make you feel.

Oh, and one final question…

What do you think is in the box? 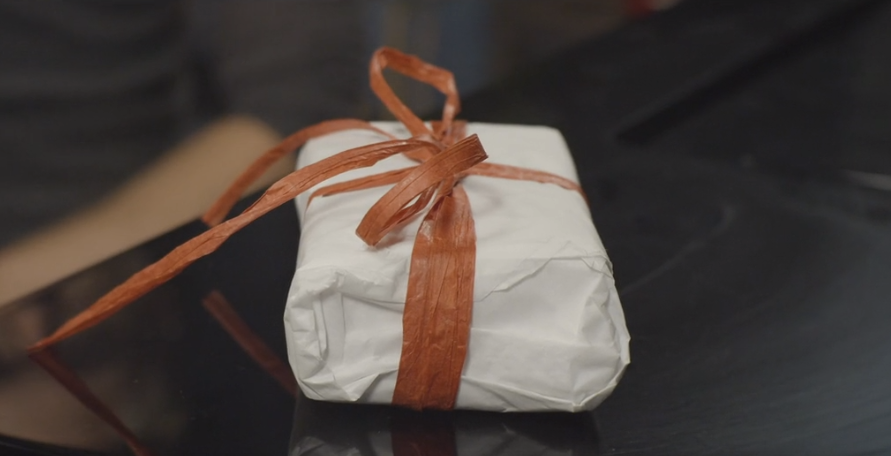