Music Theory For The Dropouts #5 – Learning Chords Is Easy

Chords are one of the most important tools in any musician’s pocket.  Everyone’s gotta know them.  Luckily, they’re very simple to learn!

First, let’s get down to the basics and define a chord.  Chords are made up of 3 to 4 notes (sometimes more).  In the language of music, you can think of them like you would a word in a sentence.  When you see the word ‘cat’, you don’t think of the individual letters, c-a-t.  You think of the whole system of letters that forms the word and makes you think of a cat.  That’s basically the idea with chords.

To demonstrate this, we’re going to make a C-major chord.  This chord contains the notes C-E-G, all played together.  If you look at this chord written out, it looks like three stacked notes on top of each other, kind of like a snowman consisting of three lined notes.

Pay attention to not only how the chord looks on the page, but also how it sounds.  This will really go a long way to grounding your understanding.

So what about minor chords?  The minor chords have a much sadder, more melancholy sound to it, and all that you must change to create a minor chord is drop the 3rd note down one half step.  So the C minor chord will look quite similar as notation, except the E will become an Eb.  Everything else is the exact same.  If you want to be extra sure that you’re hitting a minor 3rd instead of a major 3rd, all you have to do is is count up only 3 half steps.

You can test all this theory out by taking these steps and starting on D instead of C.  If you play D, count up 3 half steps, and then put a perfect 5th on top you’ll make the D minor chord which consists of D, F and A.  Wanna make that D minor chord into a D major chord?  Again, all you have to do is bump up that F note one half step, creating F#.

So now that you have that formula down, the next natural thing to do is test it out on some other notes.  Go ahead and experiment with creating major and minor chords across the keyboard.  Have some fun with it!

Ready for your next lesson? You can learn all about The Circle of Fifths in Lesson 6 of our series!

You can find Lesson 4 on major and minor scales here.

And Lesson 3 on music symbols here.

And Lesson 2 on the Grand Staff here.

And Lesson 1 on rhythm here. 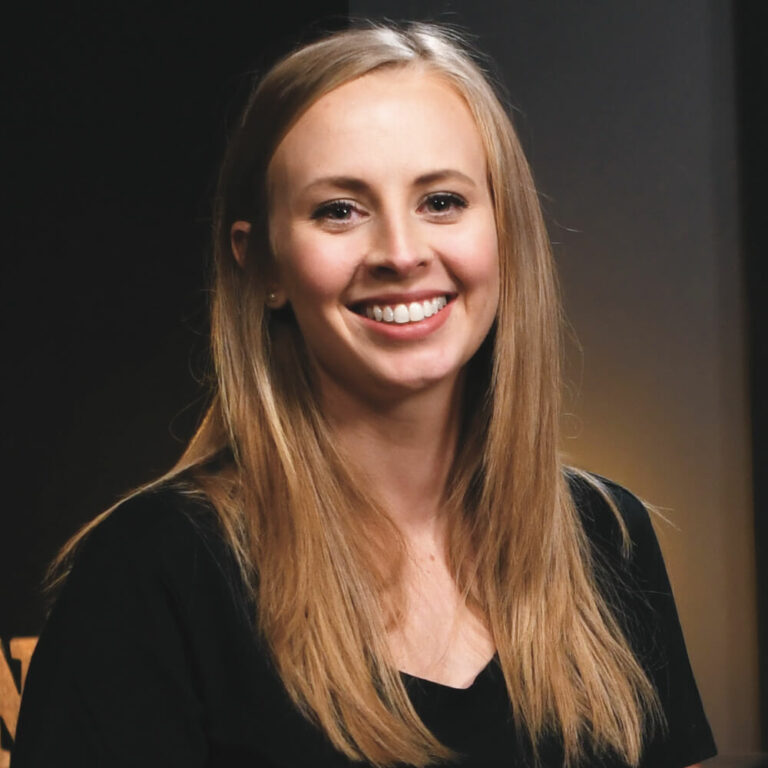 Cassi Falk Each week, Cassi has 30 students going through her home-based teaching studio - and she’s excited to help you, too, through Pianote! Cassi is trained as an Elementary and Intermediate Specialist through the Royal Conservatory Teacher Certification Program.