Well guess no more! I have some tricks for you!

First of all. What is the difference between a major and minor chord?

The reason for this has everything to do with the 3rd. The 3rd is the determining note. Our 1 and 5 notes act as the shell, and the 3rd determines major or minor!

The first interval (3rd) in a major chord has TWO full steps. In the key of C this means we play C then E. The top half of the chord is built up of one and a half steps. So in the key of C, we’ve got a C, E and a G to top it off. This gives us a major chord. We can use this formula to create a major chord beginning on any key on the entire keyboard! 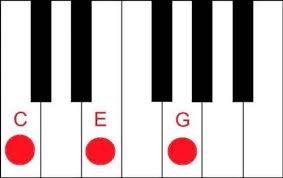 To create a MINOR chord. We simply lower the 3rd note by a half step. The formula essentially inverts! Now, the bottom third is one and a half steps which would be C- Eb and the top third has two full steps! 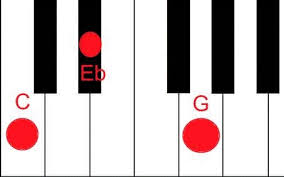 Now you can go have fun creating major and minor chords anywhere on the keyboard! Try playing the major and minor version of each chord and notice the difference in both how the chord sounds and feels under your hand. This will help you to become a major/minor chord master.