Get warmed up, and get ready to practice!

This is a play-along lesson, where I want you to play WITH me as I practice in the video. I'm going to show you a really cool pop chord progression that will help you play hundreds of popular songs AND get better at chord inversions.

We're going to be in the key of G major today, so there is an F# to remember. Here's the key of G with all the notes we'll be using:

The progression is a super common one, and that's fine. We're going to be using the progression to work on other areas of our playing. But we also want it to sound nice and musical right?

There are 4 chords to know. Those are the 1-5-6-4 chords of G. If you don't know what those numbers mean check out our lesson on the Number System here.

For now, you just have to know that the chords you'll be using are G major, D major, E minor and C major.

Start by playing those chords in root position, and just get comfortable playing them in order. Root position just means that the note the chord is built from is at the bottom. So for a C major chord, the C is the bottom note.

When you're comfortable, it's time to add inversions

Chord inversions are amazing. They change the way a progression sounds and make playing progressions easier and faster.

This part of the lesson will help you practice moving between inversions. This is super useful when playing songs, especially from a  chord chart.

You’ll stary by playing some chords in 1st inversion. Here's what that will look like. A D chord in root position looks like this: 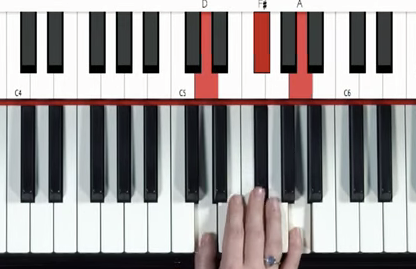 Notice the D is the bottom note, and the other notes are neatly stacked on top. Now look at the D in 1st inversion: 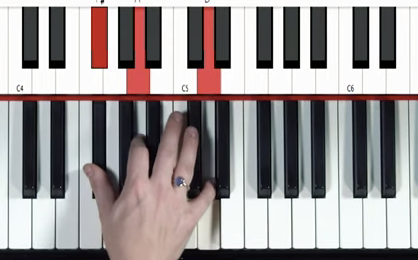 The D is now no longer the bottom note. Instead, it's the top note. But the notes in the chord are still the same. There is still a D-F#-A. They are just arranged in a different order. That's all inversions are.

A look at 2nd inversions

So we've covered chords in root position and 1st inversion. Now it's time to look at 2nd inversion chords. Again these are chords with the same notes, but just in a different order. 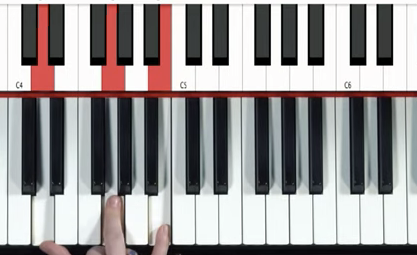 You can see the notes are still G-B-D, but the order is different. Now it's D-G-B. It's called a 2nd inversion because the root note (G) is in the middle. It's the 2nd note of the chord.

Every chord can be played in inversions, so try them out. Find out which inversions you like the best, and practice!

It’s a great way to get more familiar with chords and the keyboard, and your playing will sound much more professional because of it.