So you’ve mastered the four core chords (C, G, F, and Am) and unlocked hundreds of songs in the process. Now you’re ready to take your chording skills to the next level. In this lesson, we’ll show you how to add more texture, color, and complexity to your basic chords. This will instantly make your playing sound more professional!

🎹 Your Go-To Place for All Things Piano

Subscribe to The Note for exclusive interviews, fascinating articles, and inspiring lessons delivered straight to your inbox. Unsubscribe at any time.

Here are the chords we’ll be working with in their basic triad form:

If you don’t know already, these four chords are some of the most common in pop music—and they all exist in C Major! Don’t believe us? Learn more about these core chords here.

In a nutshell, what we’ll do is we’ll play a second inversion C Major triad with our right hand and different root notes with our left.

Why this works is because the four chords all have notes in common with our C triad, which is also our tonic or “home” chord because we’re in C Major 🙂

Our basic F chord is F-A-C. By adding G, we extend this chord to the ninth degree because G is nine notes away from the root (F). We also omit the third (A) by voicing our F chord this way.

The Am triad is A-C-E. Am has many notes in common with a C Major triad, but adding the G from a C Major triad turns our Am into a jazzy Am7 chord. Try it!

The G Major triad is G-B-D. When we play our C Major triad in 2nd inversion with our right hand and the G chord root with our left, we play a C/G chord. This is technically more of a C chord than a G chord, but having that G in the root preserves the nature of the G chord, helping it function as a V chord.

If words like “scale degree” and “second inversion” are new to you, check out some of our beginner chording lessons. Or sign up for Chord Hacks, a suite of four free lessons that will explain everything you need to know to get started with chords.

The sky is really the limit when it comes to making chords more interesting with tensions. What we mean by “tensions” is using notes that sound just a tiny bit crunchy/dissonant with our chords. That extra tension adds depth to a chord.

For example, let’s try throwing a D into our C Major and G Major chords. This creates the chords Cadd2 and G6(sus4).

Cadd2 – What this means is we add the second degree of the C Major triad to the chord. This note is D, the second note from C (our root).

G6(sus4) – The “6” refers to us adding the sixth degree of the G chord (E). A “sus” chord is when you suspend the third of that triad (in our case, the B in G-B-D) and substitute the fourth or second degree of the chord into it.

Chord extensions are when we add notes beyond an octave’s reach to a chord. For example, here are some ninth chords:

You can learn more about chord extensions here.

As you can see, adding just a note or two to a very basic chord can change it dramatically. Go try it yourself!

Master the Piano YOUR Way 🔥

As a Pianote Member, you’ll get access to our 10-step Method, song library, and growing community of piano players just like you. Plus: get coached by world-class pianists and learn whenever you want, wherever you want, and whatever you want. 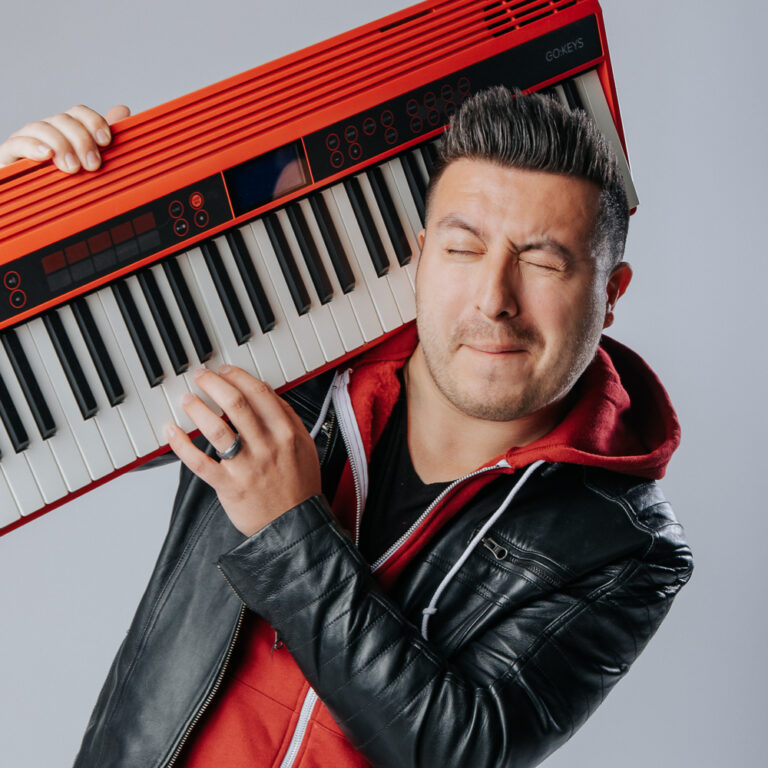 Kevin Castro is a graduate of the prestigious MacEwan University with a degree in Jazz and Contemporary Popular Music, and is the Musical Director and touring pianist for JUNO-winning Canadian pop star, JESSIA. As your instructor at Pianote, Kevin is able to break down seemingly complex and intimidating musical concepts into understandable and approachable skills that you can not only learn, but start applying in your own playing.

Go from absolute beginner to playing
your first song in four easy lessons!